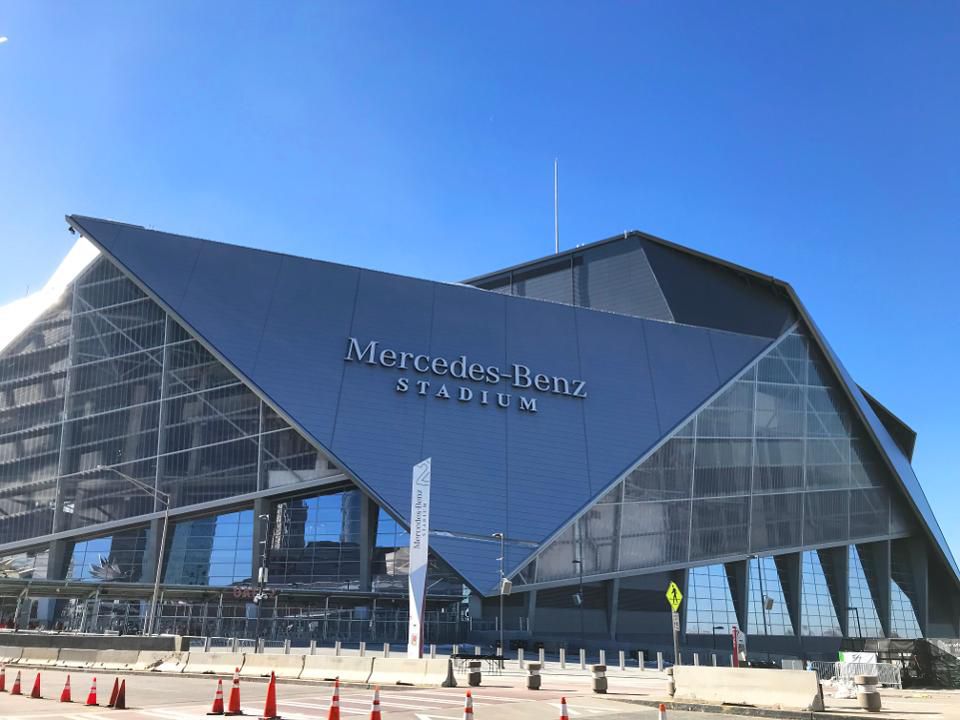 44% of all American households watched the Super Bowl on Sunday. The Patriots beat the Rams 13-3 in a lackluster game. Tom Brady took home his sixth Super Bowl ring. Nearly 60 advertisers forked out over $5 million for placement on the Super Bowl and spent several millions more to produce their mostly tedious ads. All in all, this was an evening not worth writing home about. At the very least, the Mercedes Stadium could have lost power for a few moments. But even that didn’t happen either.

However, the few ads that stood out in the sea of mediocrity, did so by pointing us towards being better or becoming better. From Microsoft, Google, and Verizon who demonstrated how their technologies have a rich, human impact to Bumble and Coca Cola who reminded us of fundamental human truths, fortunately, not every ad was mind numbingly boring. Some, like the Hyundai and Pepsi ads, even entertained us.

Still there was one ad that really stood out. An ad that made me pause and look at my fellow Super Bowl guests for their reactions. It was the most perfect ad for the times we’re living in, for the urgency of its message and for the meaning that demands reflection. It wasn’t pushing a product, celebrating a hundredth anniversary or teasing a new TV show’s launch – it was just a thank you message. According to the USA Today ad meter, it was equally loved in the blue and red states, across every age demographic (though gen-z consumers and baby boomers liked it most) and with even love spread across different income levels too.

The Democracy Dies in Darkness ad from The Washington Post, had a deep and important message for America. Knowing keeps us free, as the ad said, doesn’t come cheap. It takes bravery, sacrifice and the unrelenting desire to uncover the truth. Highlighting journalists who put their lives in danger everyday (or in the case of Jamal Khashoggi who even lost his) for the sake of the truth, the message was an immensely powerful reminder of how much we should care about the truth and how integral it is to our democracy. It was an especially poignant message in a time like ours. The President denigrates the media on a near daily basis (including the ad itself!), fewer people trust the media and the technology industry (unintentionally, I’d emphasize) smothers it leading to scores of layoffs, the most recent wave of which was just weeks ago. You can debate the merits of The Post spending so much  money on advertising when its employees don’t get decent benefits and you can discuss whether the media industry deserves what’s become of them, but that aside, the message for the 98 million of us watching the Super Bowl was powerful and necessary. However, it would have been even more powerful had it come from someone else.

What if Facebook had paid for the Democracy Dies in Darkness ad? Monday was their fifteenth year in business anniversary. Facebook celebrated with Mark Zuckerberg posting (on Facebook, of course) how proud he was of his company’s success and also of all the work that the company was doing to combat disinformation on the platform. He argued that Facebook has built some of the most sophisticated artificial intelligence tools ever created, to weed out the fake news. That’s great, but Facebook can always do more and running that ad could have been a conversation reframing-step symbolizing what it values. Let me explain.

Voltaire said that with great power comes great responsibility. With its 2.4 billion users, its algorithms do more to share news (and disinformation unintentionally) than any other company, publisher or service in the world. Its commitment to connect everyone, comes with a significant responsibility in the context of news. A responsibility to always protect and further the truth. I do not doubt that it is indeed Facebook’s intention. However Facebook can declare that more strongly. It could have done it on the largest advertising stage in the country with that very same ad.

Facebook’s current vision of connecting us and building community may not be enough anymore for the age we live in. It isn’t because Facebook has made mistakes in the past (other Fortune 100 companies have at one point or the other), but because with its 2.4 billion users, we need it to stand for more – truth in journalism, truth in what gets attention on the platform, truth in how it protects our data and truth in all those connections.

Facebook could have run that Democracy Dies in Darkness ad to recommit and expand its mission to more explicitly include protecting the truth. It could also explain all the good that it is doing. And it can run many more ads like that one – ads that remind us what we should care about beyond what a product, a service or a platform has to offer. After all, Facebook does represent more to us. We need it to take those stands. Democracy in our country needs it to do so. Facebook shouldn’t hesitate with this opportunity. Fixing the user privacy, disinformation and loss of trust issues are just the first step in the process. For such a successful, popular and valuable company that many of us love, we want it to stand for even more.

Happy 15th anniversary Facebook. I can’t wait for the next 15. And please share messages like the Democracy Dies in Darkness one to remind us of what we should care about in the post-trust era, what good you’re doing for us and what you commit to doing for us in the future.

Get Savvy Insights via email